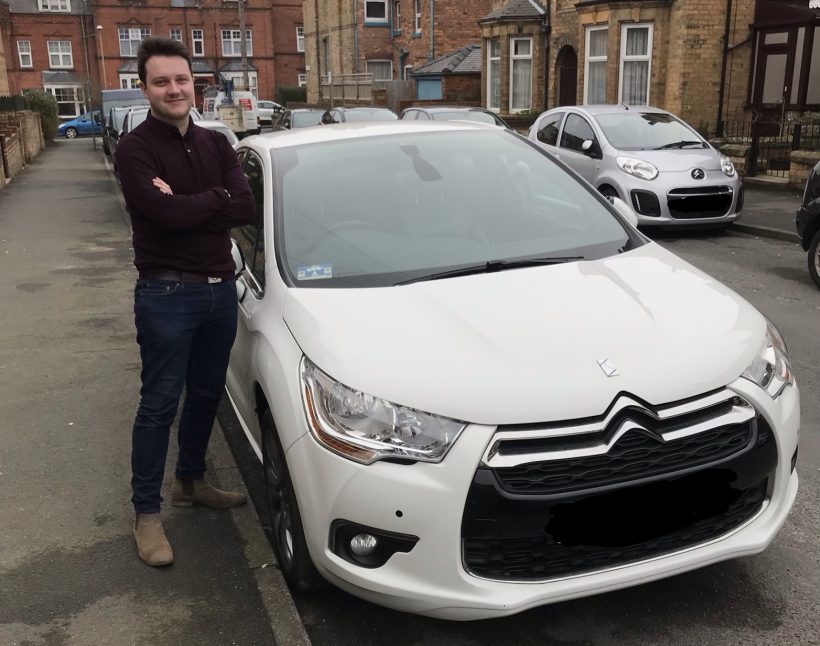 I love driving. I love cars. Although I’ve only been driving for five years and own a Citroen DS4 (not exactly the symbol of the modern petrol head), I love nothing more than buckling up and setting off on the open road. But since having my first car go wrong on the first properly long drive I went on, I appear to have developed a condition suitably described by the Urban Dictionary, as vehicular hypercondria.

I wouldn’t normally reference the Urban Dictionary, but for the purposes of this piece, and given it’s the only online source that seems to reference my terrible afflication, I thought it appropriate to leave my academic past behind me for a couple of hundred words, and use its rather appropriate definition to helpfully describe just what exactly I’m referring to:

noun: a condition in which a person constantly thinks something is wrong with his or her car, especially after it comes out of the shop or someone else has driven it

This, right here, describes exactly what I suffer from. It doesn’t matter what the noise is, how long it’s been there or how present it is, if I hear something that doesn’t sound quite right, I’m convinced my wheels are going to fall off, my engine is going to fall out, and I’m going to meet my maker in grizzly fashion, all thanks to the shoddy workmanship of a few lazy French engineers who thought they’d take an early lunch on the day they built my car.

Now, my condition has been made worse in recent years by a string of unfortunate mechanical incidents with cars (it has nothing to do with the fact that all my cars have been French). Most infamously, was the Peugeot 206, affectionately known to me and the family as Ruby. Ruby was a 2005 plate ruby-coloured 206 Zest, and she was bought to replace the ageing Peugeot 106 Zest, Poppy – yes, she was red too.

When I say I called the AA out to Ruby at least seven times in the space of a year, I am absolutely not exaggerating. The first incident was when she decided to just stop on my way back from Leeds to Selby, which turned out to be cambelt issue. This then led to a flat battery, a worn out clutch, a faulty fuel injector, a total brake failure, an almost flooded engine (okay that one was my fault) and wheel tracking that was never quite right after Kiwk-Fit got their grease-covered mits on it.

An experience like this, coupled with the ear-wrenching sound of a

gearbox starved of oil (on my 106) is enough to make any new driver scared to even look at their car, let alone drive it. Thankfully, all the issues with the cars I’ve had have been rectified successfully, but I now live my life constantly listening out for the next clunk, rattle or screech that signals another trip to the mechanic and a significantly lighter bank account.

With my current car, Lily, because she’s white, my vehicular hypercondria feels somewhat worse. For one, she’s a newer car, in fact, she’s the youngest car I’ve ever owned at a mere 4 years old. But most importantly of all to me, the first car I’ve ever picked out and bought myself, with my own money. She’s mine, and although I get teased for having a Citroen, I love her. The thought of her not being perfect drives me crazy. It’s bad enough knowing that the front near side wing of the car is a slightly different shade of white to the rest of the car, thanks to a monumental automotive moron not parking in gear on a hill, whose red VW Polo’s handbrake decided to fail, careering into the front of the car I’d had for a mere three days. But to think that my beloved car is suffering from something mechanical and that she may not be safe to drive, is awful.

Everytime I mention to anyone I know that I’ve heard a noise in my car, or anytime I take a little longer looking at something I’ve noticed after parking up at our second home – that’s Sainsbury’s for anyone who’s wondering – I get told I’m paranoid, followed by the biggest of eye rolls. Perhaps I am paranoid, but I’m paranoid for good reason.

out James O’Brien’s daytime show on LBC, only for me to be catapulted from the comfort of my semi-leather massaging seats onto the tarmac, all because I ignored that strange sound, which I was told “it’s just what cars do”.

Rattles, creaks, knocks, clunks and screeches are a car’s equivalent to pain in humans. Pain is our body’s way of telling us something ain’t right. And what do we do when something’s not right with our body? We wait three weeks to be seen by the doctor to get it checked out. Why should I ignore my car’s indications that it’s not well? After all, if something goes wrong with a car whilst in operation, I might need more than a human doctor to fix me.

I see my vehicular hypercondria like I see my phobia of spiders. It can genuinely be crippling. Whenever I feel like there’s something wrong with me car, it affects my entire mood. I worry about the financial and practical implications of getting the car fixed; I enjoy driving less; and I enjoy my car less. When you pay as much for a car as you do, the last thing you want is to enjoy it less, especially when driving is something you love and cherish as much as I do.

So, next time someone tells you there’s something wrong with their car, don’t scoff and roll your eyes. Listen to them, take their concerns seriously. For people with my condition, it’s a serious thing they’re concerned about.