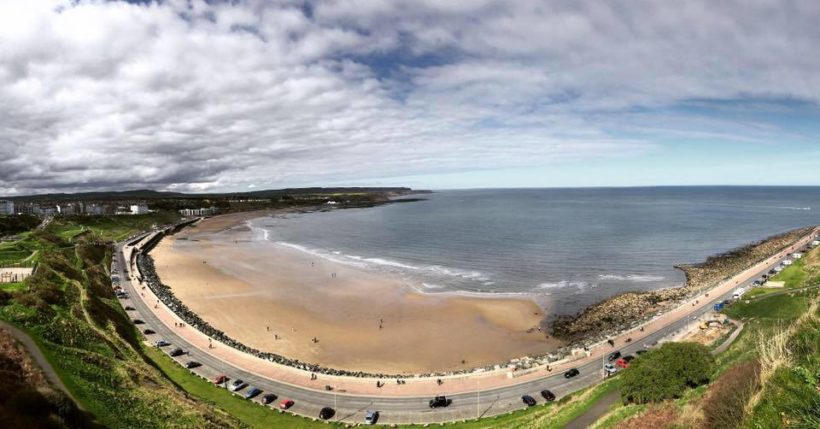 If I stand out and observe the view from my favourite spot in the town where I live, all I can see for miles is a sea of blue. That’s not just because I live in the town of Scarborough, right on the North Sea coast, but also because I live in a part of the world that at the last General Election, once again returned Conservative Members of Parliament in all but one of its eight constituencies. It’s the same story at County Council level too, with the Conservatives holding 55 of the 72 seats available, and in Scarborough alone, the Conservatives hold more seats on the borough council than any other political party. Being a liberal in North Yorkshire is tough; being one in Scarborough is even harder.

Something has to change. If the Lib Dems really are aiming for a 650 seat strategy (not including the seats in Northern Ireland and the Speaker’s seat), then the leadership of the Party needs to stop speaking to the south of the country, and instead attempt to reengage with those areas that for too long, have been passed from Conservative pillar to Labour post, without so much as a whiff of an elected Lib Dem representative. This shouldn’t be impossible. After all, let us not forget that the Harrogate and Knaresborough constituency was held by a Liberal Democrat until 2010, and in York, the Party currently runs the city council along with the Conservatives. But Harrogate and Knaresborough and York have something in common: both voted ‘remain’ in the EU referendum, so naturally these areas are open to a fundamentally liberal value, that being in favour of European political integration and cooperation. But therein, I believe, lies the Liberal Democrats’ problem. If they are to make any headway into so-called “no-go areas”, then they have change the way they talk about our country’s departure from the EU, and those who voted in favour of it. During his leadership, Tim Farron often said to Lib Dem activists “pick a ward and win it”. I’d like to tell you from experience, that’s not as easy as it sounds, especially when you live in a town with fewer than 10 active members who, like most normal people, have jobs and other things going on and so understandably don’t always have the time to commit to political activism. Throw into the mix the fact that the people who live in your town are automatically opposed to your yellow-coloured clipboard, solely on the basis that you support something so strongly, and you’ve got a recipe for disaster. To be fair to those people, you can hardly blame them when passionate remainers are so disparaging of those who voted the other way.

As a Party, the Liberal Democrats need to accept that there were and still are valid concerns held by a huge number of people who voted to leave the EU. The main one is of course, immigration. Being concerned about immigration does not instantly make someone xenophobic or racist, and the view of many people who voted to leave is that those who are campaigning for an “exit from Brexit”, see them in this way. The Liberal Democrats need to address the issues caused by uncontrolled migration, which have more than likely disproportionately affected those living in poorer areas. They also need to address issues other than Brexit. One of the reasons I believe that Corbyn’s Labour did so unexpectedly well in 2017’s General Election, is precisely because of the reason other parties attacked them during the campaign: they didn’t talk about Brexit. They focused on issues closer to people’s hearts, issues that affect them on a daily basis: the NHS, schools, policing and the like. Much like trying to talk to someone about proportional representation, unless you’re clued-up and take an almost obsessive interest in politics, you probably don’t see Brexit as the enormous issue remain-supporting parties do. And because of this, parties like the Liberal Democrats are continuing to alienate large swathes of their potential supporters, as demonstrated by the fact that they languish in the polls somewhere between 7% and 10%, whilst the Tories and Labour combined have the support of more than 80% of the electorate.

It’s a shame really. The Liberal Democrats are a party of bold ideas. They are a party of revolutionary ideas. They are a party that cares about improving the lives of ordinary people, no matter which part of the British Isles they hail from, not for the sake of winning votes at the next election, but because they’re genuinely passionate about making people’s lives better. If liberalism is to have a resurgence in the UK and is to one day challenge the Tories or Labour for the keys to Number 10, the Cabinet Office and Whitehall, then they need to start speaking the language of those people whose lives they want to improve, if they are to ever rescue the UK’s largest (and arguably greatest) county, from drowning in a sea of blue.